A 25-year-old woman walked into an emergency department in Providence, Rhode Island, complaining of generalized weakness, fatigue, shortness of breath… and an unusual symptom you don’t see every day.

She was turning blue. Literally.
Physicians Otis Warren and Benjamin Blackwood wrote about the case in a study published in the New England Journal of Medicine on Thursday.
They attributed her blueness to a numbing agent the woman was using, which deadens nerve endings in the skin.
“She reported having used large amounts of topical benzocaine the night before for a toothache,” the two co-authors wrote.
CNN has reached out to Otis Warren, an emergency medicine physician at Miriam Hospital in Providence, Rhode Island, and is waiting to hear back. 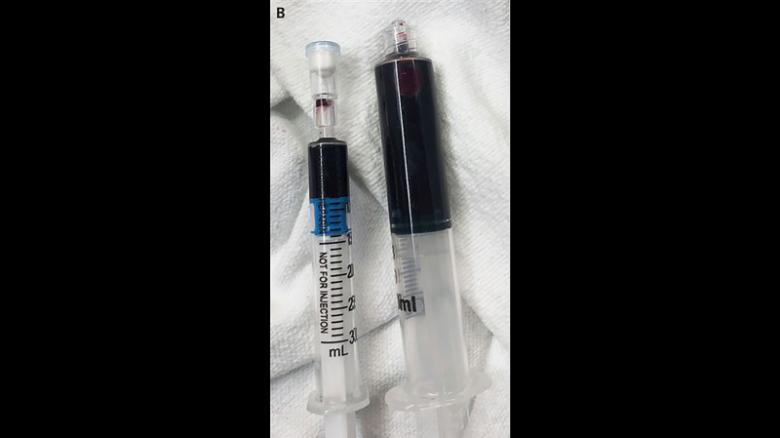 Warren and Blackwood wrote that the patient was “cyanotic,” a clinical term for the blue appearance.
According toHealthline, “cyanosis is usually caused by low oxygen levels in the red blood cells or problems getting oxygenated blood to your body.”
The woman was showing signs of “acquired methemoglobinemia.”
Oxygen-rich blood is usually associated with a bright red color, but when blood has lower oxygen content it can appear blue, the site says.
More: Can surgery fix epilepsy?
Categories: News