Want to be happy in your 70s? Have sex once a fortnight, researchers say

If you are looking for the secret to a happy retirement, cancel the tickets for that world cruise.

The key to contentment in later life may be as simple as having sex every fortnight.

Life is significantly more enjoyable if you have an active love life, according to a study of almost 7,000 people with an average age of 65.

For men, having sex at least twice a month can lead to happiness, while women are more interested in kissing and the emotional closeness of sleeping with their husband or partner. 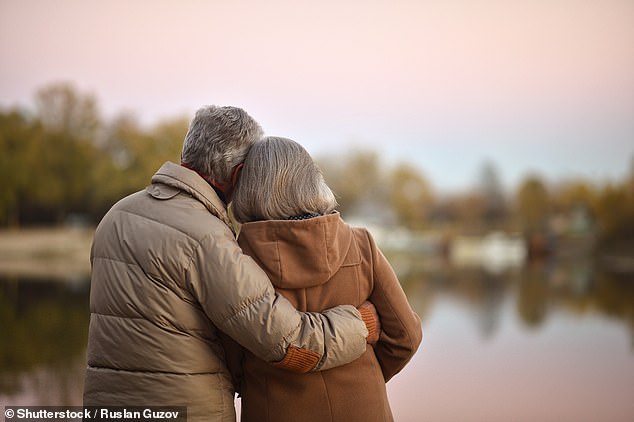 Researchers led by Anglia Ruskin University in Cambridge found older people were far happier if they had made love in the last 12 months, which could be down to feelings of post-coital ‘bliss’ or the benefits of the exercise involved.

Lead author Dr. Lee Smith, an exercise expert at Anglia Ruskin University in Cambridge, said: ‘There is a misconception that older people are not interested in sex, but it is important and can reduce their risk of heart problems and early death. We found sex can improve people’s enjoyment of life.

‘The findings suggest it is the tenderness and closeness which is more important to women than the sex itself. It is the foreplay and the intimacy driving their enjoyment of life, whereas men seem to want to have sex at least twice a month.’

The research is based on questionnaires given to 6,879 people over the age of 50 about their sex lives over the past year.

Their contentment was measured based on how strongly they agreed with statements such as ‘I enjoy the things that I do’ and ‘On balance, I look back on my life with a sense of happiness’.

The results show men enjoy their lives less when they are worried about their loss of libido or that they are not having sex enough.

Unlike men, women are not less happy when they are having less sex, but their contentment is increased by feelings of emotional closeness which come from sex, as well as kissing and being touched.

The study, published in the journal Sexual Medicine, states: ‘During sexual activity or at the time sexual intercourse is at its peak, there is a release of endorphins, which generates a happy or blissful feeling after sex.

‘Moreover, those who engage in sexual intercourse with their partner are likely to share a closer relationship, and indeed closeness to one’s partner is associated with wellbeing.’

Experts also suggest that sex may produce the same physical and psychological benefits as other types of exercise.

People do have less sex from their fifties onwards, as previous studies have shown, but co-author Dr. Sarah Jackson, from University College London, said: ‘If encouraging and supporting people to continue to enjoy a healthy sex life in old age could help to boost wellbeing, there may be benefits both for the individual and for the sustainability of health services.’

In a new phenomenon of dating apps, however, the number of old people being diagnosed with sexually transmitted infections is at an all-time high.

Being able to switch sexual partners quickly and meet strangers on the internet means people are more likely to spread infections before they get diagnosed, experts have warned.