Top 5 Heart Surgeons in the World

5 Best Heart Surgeons in the World

Heart surgeons are doctors who specialize in diagnosing and treating diseases of the heart and blood vessels. This field of medicine is referred to as cardiology derived from the Greek word “cardia” meaning heart and “logos” meaning study.

An Overview of Cardiac Surgery

Cardiac surgery is surgery on the heart or great vessels performed by cardiac surgeons.

The earliest operation on the pericardium (the sac surrounding the heart) was performed in 1801 by Francisco Romero. Francisco Romero was a Spanish physician who became the first successful heart surgeon, on record, by performing an open pericardiotomy to treat a pericardial effusion in 1801.

Romero is credited as the first heart surgeon, since he was the first medical doctor on record to cut into the pericardium, the lining of the heart, on a living patient with a successful outcome.

While Francisco Romero performed the first operation on the sac surrounding the heart, the first surgery on the heart itself was performed by Axel Cappelen on 4 September 1895 in Oslo, Norway.

There were however complications with the surgery and the patient ultimately died due to inflammation of tissues of the mid-chest.

The first successful cardiac surgery without any complications was performed by Ludwig Rehn, a german heart surgeon, who repaired a stab wound to the heart on September 7, 1896.

As the name implies, open-heart surgery is a surgical procedure in which the patient’s heart is opened and surgery is performed on the muscles, valves, or arteries of the heart.

The first successful intracardiac correction of a congenital heart defect using hypothermia was performed by Walton Lillehei and John Lewis at the University of Minnesota on September 2, 1952.

Apart from the pioneers of heart surgery, some famous and notable heart surgeons include: 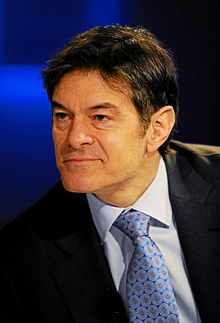 Oz came to general prominence with appearances on The Oprah Winfrey Show beginning in 2004, and later on Larry King Live and other TV programs.

In 2009, The Dr. Oz Show, a daily television program focusing on medical issues and personal health, was launched by Winfrey’s Harpo Productions and Sony Pictures.

He is a proponent of alternative medicine and has been criticized by physicians, government officials, and publications, including Popular Science and The New Yorker, for giving non-scientific advice and promoting pseudosciences. He is one of the top heart surgeons in the world. 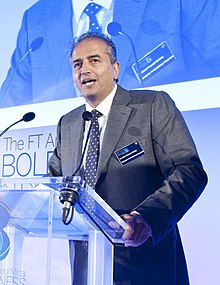 Devi Prasad Shetty is an Indian cardiac surgeon and entrepreneur. He is chairman and Founder of Narayana Health, a chain of 21 medical centers in India. He has performed over 15,000 heart operations.

Åke Senning was a pioneering Swedish heart surgeon, who implanted the first human implantable cardiac pacemaker in 1958, invented the Senning operation, and contributed to many other advances.

Michael Ellis DeBakey was a Lebanese-American cardiovascular surgeon, scientist, and medical educator. DeBakey was the chancellor emeritus of Baylor College of Medicine in Houston, Texas, director of The Methodist DeBakey Heart & Vascular Center, and senior attending surgeon of The Methodist Hospital in Houston. He participated in important work in the treatment of heart patients.

Robert S. Poston is an American heart surgeon at the University of Arizona Medical Centermost noted for his research in robot-assisted heart surgery and Coronary Artery Bypass Surgery. Dr. Poston’s research interest regarding the mechanism of early graft thrombosis was recognized with a five-year RO1 clinical research grant from the National Institutes of Health in 2007.

Consistent with his goal of addressing routine clinical problems with a mechanistic-based understanding, he has also been awarded grants from Intuitive Surgical to study how robotics accelerates patient recovery time.

Like any surgical operation, some risks and complications may arise following cardiac surgery. A major concern with heart surgery is the incidence of neurological damage which may lead to stroke.

It has been found that stroke occurs in 5% of all people undergoing cardiac surgery. The risk of infection is also common in all surgical operations and heart surgery, infections can include mediastinitis, pericarditis, endocarditis, pneumonia and bloodstream infections.

What Surgeon Makes the Most Money